Franklin Park is very fortunate in that from its early days interest has existed in establishing a library for our community. The Franklin Park Library was originally formed as a project of the Franklin Park Woman’s Club. On April 15, 1899, the first book was donated, which was the beginning of our library.

This library was housed in Wasson’s store, 9602 Franklin Ave. (the Lutz Building). It also contained a post office, telephone exchange in addition to ice cream, cigars and other saleable articles. The library was located there through September 1916.

The library has had several homes in its long history. After its initial home at 9602 Franklin Ave. it was located in the old Municipal Building, 3113 Atlantic. Later in the 1940’s it moved into the old Waterworks Building, 9560 Franklin Ave. It was moved back to the Atlantic Ave. location, because the police needed the Waterworks Building while the new Municipal Building was being built. The library moved back to 9560 Franklin Ave. upon completion of the new Village Hall.

In April 1941 a Village Ordinance was passed to establish and maintain a free public library and reading room in the Village of Franklin Park. The village president appointed a Board of Directors to be made up of nine members.

April 1962, a referendum was passed giving the library tax support. A six member board was established.

In November 1967, the Franklin Park Library joined DuPage Library System. The Library Board saw that towns and traffic patterns were developing in a East-West direction and felt it better to join a library system extending in that direction. Additionally, a smaller library system was felt to be more desirable than a larger library system.

In August 1970, the library became a “Politically Independent Special Service District” (a library district) with an elected board of trustees, independently elected from the village board and village elections. In addition, the library would now be able to levy its own taxes.

In August 1979, the Village of Franklin Park designated the Franklin Park Library District to be the official depository for the historical and archival records for the village.

Our new, permanent home at 10311 Grand Ave. was finished and dedicated April 1, 1984. A new children’s library and two meeting rooms were added and were dedicated on January 29, 1989.

We have many folks to thank for the wonderful library we enjoy in Franklin Park. The unnamed ladies of the Franklin Park Woman’s Club, who tirelessly devoted their time and energy into making the library a reality for Franklin Park. Gladyce Loebig took over the reins from the Woman’s Club. She served as librarian from 1941- 1961. Louise Keuck succeeded her, faithfully administering the library from 1962-1984. She brought us into the computer age. Ida Bullen replaced Ms. Keuck and was instrumental in facilitating the construction of the North Wing. She was employed as executive director from 1984-1987. Robert Watson became the director in 1987. He came up “through the ranks,” serving as a reference librarian, business librarian, and assistant director. Our current director is Marie Saeli, she took over from Robert Watson in 2003. 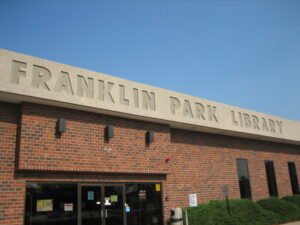 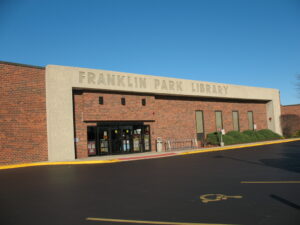 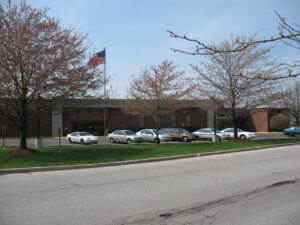