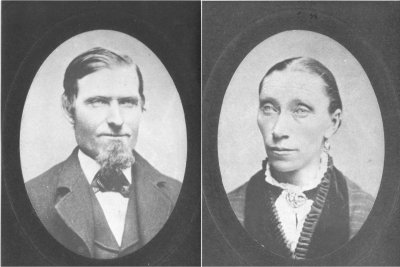 John Schultz was born in Bremen, Germany in 1837. When he was 13 years old, he and his family came to the United States. At first they settled in Proviso Township, and later came to Leyden Township. John married Dorothea Schoff in the early 1860s.

The original Schultz home stood on River Road at Robinson Road. Later, the home was moved to 9209 Crescent Drive. The home, which had been built in 1881, was later torn down to create a small park. John’s acreage originally extended on the west to Ruby St., on the south King St., and on the east beyond the Des Plaines River; the north property line was somewhat irregular. In 1864, he bought land for farming, and added two more parcels in 1865 and 1870. In 1879, he bought thirteen acres, for a purchase price of $26.00.

In the 1920s he sold some of his farm to the School Board #212 to build East Leyden High School.

Other sections were sold to Thompson Steel Co. and to some small industries along King St. (east of the Soo Railroad).