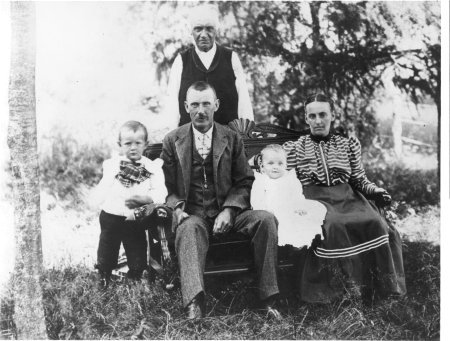 John Adam Popp was born in Bavaria, Germany in 1815, and left Germany when he was 17 years old. He first traveled through Europe, and in 1847 came to Chicago. In 1849, he traveled west to California to search for gold. Two years later, he returned to the Franklin Park area and purchased a 160-acre farm, but then sold a portion of this land to his brother. He went back to California, this time staying for five years. When he returned to Franklin Park, he married Elizabeth Rauh of Chicago. In the years preceding his death in 1898, he worked as a farmer who milked cows and husked corn, and led a peaceful life.