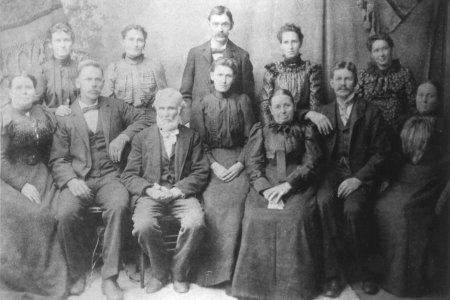 Ernst Pflug was born on July 6, 1834. He and his father Ernst (who went by the name Friedrich or Fred when he arrived here) came to Franklin Park from Lodingsen, Germany in 1847. Ernst married Louise Meyer in April, 1856. The name Pflug was changed from the original “Plaug” which means “plow.”

The Pflug’s farmhouse, built in 1854, was located at 2524 Dora St. The Pflug farm, Frederich Freie farm, Charles Martens farm and Henry Kirchhoff farm formed the original 600 acres purchased by Lesser Franklin for what was to become Franklin Park. Ernst Street in Franklin Park was named after Mr. Pflug.