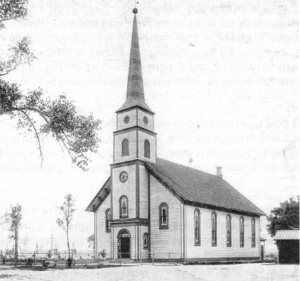 St. John Evangelical Church, Bensenville. Organized in 1843, many local families attended church here. The services were conducted in German.  In the early 1900s, many local parishioners decided that the four mile drive was too far in the cold weather and resolved to form a new church in Franklin Park. 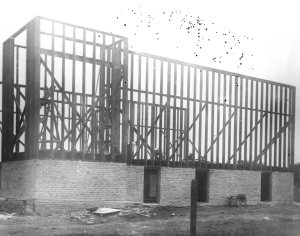 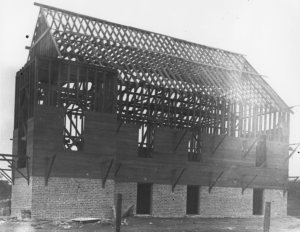 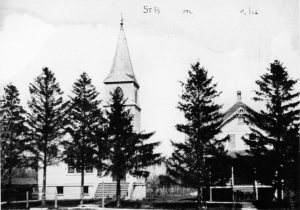 After the Church was completed, a parsonage house was added. Services continued to be conducted in German. This photo is a copy of one that appeared in the State Improvement Record and Business Men’s Association Journal, Chicago, 1913. The photo was taken by Independent Bromide Company, a commercial photography firm from Chicago. 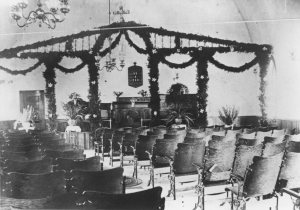 An interior shot of the altar at St. Paul. 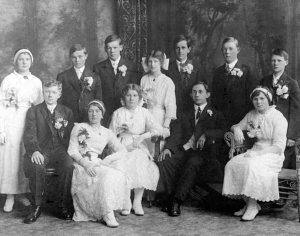 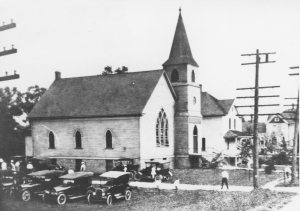 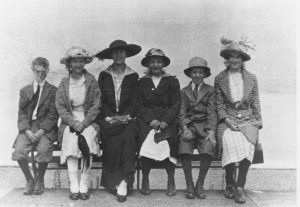 Around 1939, the State of Illinois informed the Church that part of its land had to be used to construct a new bridge on Mannheim road. The Church council tried to determine the next steps the congregation should take. In April, 1940, a brush fire got out of hand and seriously damaged the Church. 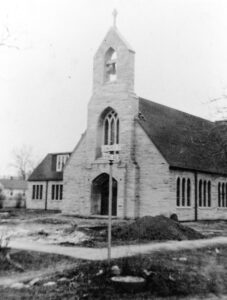 With monies paid by the State and using insurance money received after the fire, the congregation determined to build a new church building. On May 25, 1941, a new building, located at 3342 Calwagner. Was dedicated, with Robert D. Brodt as minister.

This is a photocopy of the original “inauguration” of the new church building.